The Blaze Tariff by Safaricom is one of a kind in that it is age-restricted to a particular demographic. The age group targeted is that of between 10 – 26 years, and since it launched in 2016, that means only those born in the year 1990 and later are eligible to join. The tariff will however still be available to them even after getting older than 2 years.

Now, what’s so special about this age group that Safaricom found it necessary to create a whole tariff just for them? Well, here’s what I’ve been speculating:

Empower the Youth, Cash in on the Millennials?

Having the age stats of their subscribers at their disposal thanks to SIM registration, Safaricom must have analysed their data and found something “special” about the spending habits of this age group. If I were to make a guess, I would say that the age group doesn’t spend nearly as much on talk time as they do on bundles and SMS’s.

That is to mean, they spend on average less compared to other age groups since talk time is what’s more expensive; and that’s essentially Safaricom’s cash cow thanks in part to them having the highest call rates to the extent they can afford to “compensate” you for getting your calls dropped.

When compared to other generations, millennials stand out as very heavy internet users, utilizing the bulk of it on a variety of social networks and mobile messaging apps. All these platforms are loaded with rich media, which means plenty of data is needed and Blaze taps into that with its data only plans and data offers.

What’s more, the SMS platform is clearly on its deathbed thanks to mobile messaging apps like WhatsApp and now with the provision of 4G speeds, traditional calls are the next in line with the adoption of Voice over Internet. WhatsApp has already rolled out theirs and people are getting quite comfortable with it, young people especially.

One universal thing about this age group regardless of their generation, is that they are more likely to be dependent on a parent/guardian for their needs than any other group i.e. including the money for airtime. So what does that mean? Their usage is almost guaranteed and will likely follow a particular pattern due to constant allocations. So in a way it’s easier to meet and approximate their usage needs compared to independent adults with varying needs, incomes and disposable incomes.

To follow up with the previous point, this same age group constitutes the bulk of the population (being under 35 and all). Couple this with the endemic joblessness and you get subscribers with limited spending ability but who fortunately are big enough to offset losses that may be incurred by offering “cheap” plans (i.e. by Safaricom standards).

The age group is tech-savvy enough to accommodate the complex delivery system that is needed to fulfil a custom usage plan since USSD may not be ideal for that. What I’m talking about is the personalized web dashboard where the “blazers” create their plans; it would nothing but short of a loss-making nightmare had this been given to the older generation, some of who struggle using USSD itself.

One very special thing about millennials is that they tend to have a very skewed “concept of time”. Chatting or working over the Internet in ungodly hours is hardly a problem for them, and to the networks, that means an opportunity to offer cheap “goodies” during off-peak hours when the system is not overloaded.

The last piece of the puzzle is the corporate social responsibility (CSR). Blaze wouldn’t be as big as it has become without the noble CSR arm holding it up high, namely BYOB (Be Your Own Boss) or simply, the mentorship and empowerment of those aforementioned jobless youths. For this to be successful, one key ingredient is needed due to the nature of the targeted group.

That thing is hype, and it’s needed in generous amounts in flavours such as cool and persistent adverts, hip events, TV shows, celebrities etc.; add this and more to the mix and just leave the rest to the mechanics of identity. Still, just the mere fact that millions are being locked out of this “big thing” makes it too special not to join, even if it’s just to test the waters. I should know, I eventually caught fire from the constant barrage of flaming SMS’es coming from this blazing firestorm.

With that said, credit must be given where its due and on this occasion I have every reason to. There’s no going around it, Blaze Tariff is no doubt an innovative product. However, without BYOB then it would be just another attempt at product diversification. The impact that BYOB stands to make on its own cannot be downplayed especially in light of the times many Kenyan youths are finding themselves in.

And it’s not merely the events surrounding BYOB that I’m referring to per se but more in the essence behinds it’s letters: Be Your Own Boss. It’s a timely idea whose fruits hold the very future of this nation’s dream. Put another way, in the party of success, you just don’t show up waiting to get drunk on other people’s beer. You Bring Your Own Beer. 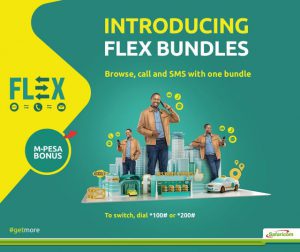 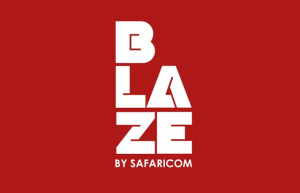 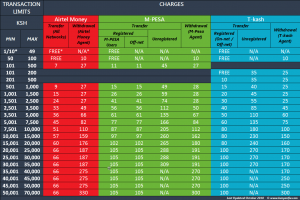 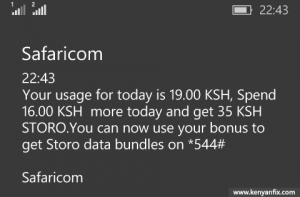 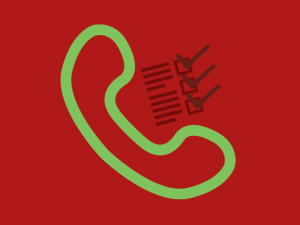 How to Activate End of Call Notification in Blaze